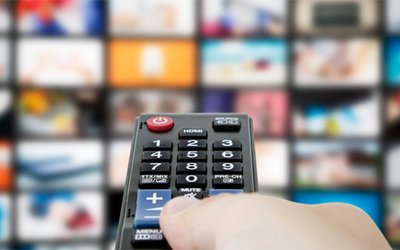 Advertising video-on-demand platforms (AVOD)– a subset of all connected TV — are expected to see skyrocketing growth over the next four years, rising to $17.8 billion, according to MoffettNathanson Research.

AVOD platforms were estimated to come in at $4.4 billion in 2020, with Hulu grabbing the bulk of that market — $2.5 billion.

Looking at individual AVOD platforms, Hulu (its AVOD service) pulled in $653 million in advertising revenue in the fourth quarter. Pluto and Roku Channel, each had $173 million and Tubi hit $105 million.

In terms of total advertising minutes per hour of programming, Hulu was at 10 minutes; Pluto, 10 minutes; Roku Channel, 8 minutes; and Tubi, 5 minutes.

A smaller piece of its advertising revenue comes through ad revenue sharing agreements with premium video platforms carried on the Roku platform overall. For example, MoffettNathanson guesses Roku gets 15% share of ad inventory on Peacock.

For 2020, a connected TV projection from eMarketer says the total CTV ad market was at $8 billion in revenue. This accounts for all digital advertising that appears on home screens and in-screen video advertising, as well as YouTube’s video ad dollars.

China to accelerate 6G push over next 5 years

22 januari 2022
Source is New York Times WASHINGTON — In celebrating a $20 billion investment by Intel in a new semiconductor plant in Ohio, President Biden...

21 januari 2022
Source is New York Times Google asked a federal court on Friday to dismiss an antitrust lawsuit led by the State of Texas, the...

21 januari 2022
Source is ComputerWeekly.com Tinder users could face higher charges because of their age when using the dating app’s premium service, a Which? investigation has...

21 januari 2022
Source is ComputerWeekly.com Technology-driven Ocado is a pioneer in the online grocery market and a household name. The company makes extensive use of internet...