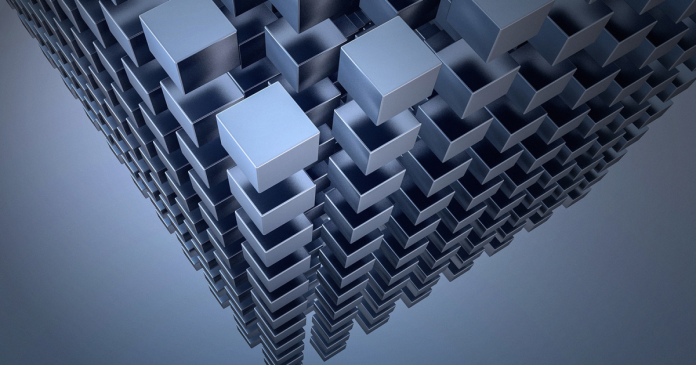 To be able to access the cluster in AWS in a configuration with kubectl, or with the API, you need to add matching entries to the .kube/config file. The AWS command-line interface (CLI) gives you a separate command for this,

which adds the required entries. On the management machine, besides the Kubernetes tools, the AWS CLI also needs to be installed and configured to have access to the AWS account.

The entries in the .kube/config file for the EKS cluster look similar. However, instead of logging in with a token, you log in with the output of a command. In the background, kubectl runs the

command, where vulkan is the name of the Kubernetes cluster in AWS in this example. In the Kubernetes config file syntax, the whole user entry then looks like Listing 1.

Because the arguments of the command form a field, you write them as a YAML list one below the other. The cluster context is also named vulcan. If something goes wrong, it is best to scroll to the beginning of the command output, which usually has the most relevant part of the information. The remainder is a stack trace, some of which can be very long-winded. If everything works, a call to kubectl,

Before deployment can start, you need to federate the resource types you want to deploy. These can be pods, services, namespaces, and so on. Again, the kubefedctl tool is used for this step. For example,

lets you distribute resources of the Pod type. If a Kubernetes namespace exists that you want to federate as a whole, you can do so with the command:

The --enable-type option ensures that the missing types are also federated immediately. On top of this, you can create a FederatedNamespace type resource that lets you control at namespace level the clusters on which K8s creates resources. This even works at the single deployment level, but it does cause more administrative overhead. However, if you rely on cloud providers where privacy concerns exist, this method gives you clear control over where containers are running.

Setting up a namespace the right way for use in a federation also means having a YAML file like the one in Listing 2. The fedtestns namespace has to exist before the create step. The placement parameter lets you manage the clusters to which K8s rolls out the resources. To distribute the pods on both sides of the cluster, you need to feed them in differently.

A simple web server is used as a test case. Normal unfederated deployment results in the pods running in the local cluster only. The command for federating the namespace along with its contents distributes all the existing resources but does not ensure that newly created resources are also evenly distributed in the same way. You now have the option of creating a deployment directly as a FederatedDeployment instead. The YAML file for this is shown in Listing 3. It looks very similar to the one for a simple deployment, but the placement parameter ensures that the specified clusters also inherit the deployment.

After a short wait, you will now have a pod and a deployment with the web service on both clusters. The pods on both clusters can also be accessed on port 80. In the case of AWS, however, you also need to enable this port in the correct security group of the AWS configuration.

For the pods in the clusters to work together, it is crucial to set up routing between the two clusters so that they can reach each other. You also need to configure firewall rules and security groups appropriately. It is advisable here to rely on an automation tool such as Ansible if the cluster at the cloud provider’s end will be on-demand only.

Like the deployment, you also need to roll out the service as a FederatedService, if you use it. Listing 4 shows the service for deployment from Listing 3, with service name resolution running locally; that is, fed-service resolves to the cluster IP in the local cluster. This feature is something to keep in mind when designing the service.

Components such as persistent volumes are also created locally on the clusters and must be populated there. Where pods access remote resources, you need to make sure they are accessible on both clusters. It is important to consider both IP accessibility and name resolution.

In the test, however, I did have to manually clean up the resources rolled out in the second cluster retroactively. You can save yourself this step by completely deleting the cluster from the commercial public cloud provider.

Kubernetes Cluster Federation makes it easy to link up one or multiple clusters as resource extensions. This solution doesn’t mean you don’t have to pay attention to what will be running where, and it is important to set up the extension such that the service’s consumers can use it. In the case of a special promo in a web store, for example, the customers’ requests need to reach the containers in the new cluster in the same way they did at the previously existing clusters; otherwise, federation will not offer you any performance benefits. If you expect such situations to occur frequently, it is advisable to run your own cluster as a federation with a single member. Then, you only need to complete the steps required for the extension.

How to Transition to a Job in Cybersecurity

5G Network Slicing Will Reduce TCO in the Hyper-Connected Era

Facebook Hearing: Where are Mark Zuckerberg and Sheryl Sandberg?

27 januari 2023
Source is ComputerWeekly.com The amount of money enterprises are investing in their own private datacentres experienced a “post-pandemic” bounce-back in 2022, as shown by...