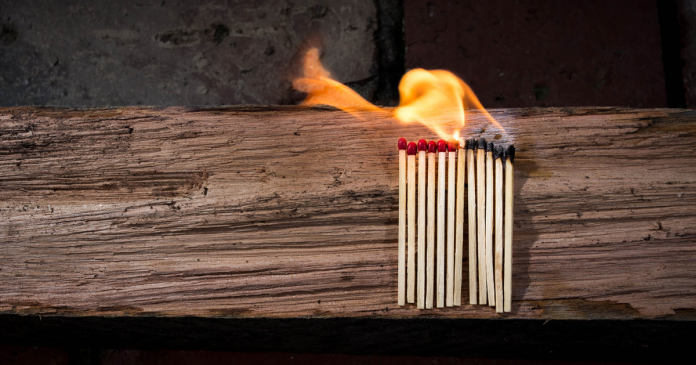 One in four employees report experiencing burnout symptoms despite organizational commitment to mental health and well-being, according to a recent report by McKinsey Health Institute. Additionally, “toxic workplace behavior was the biggest predictor of burnout symptoms and intent to leave,” the report says. In this article, we’ll look more closely at toxic behavior and other findings from the report.

Toxic behavior is a significant contributor to employee burnout, and, according to the report, one in four respondents around the world and across demographics reported experiencing high rates of toxic behavior at work.

Such behavior is costly for employers, the report notes, as:

These findings are particularly interesting in light of another recent survey, in which researchers from Carnegie Mellon University and Wesleyan University studied toxic behavior on open source platforms.

“You have to know what that toxicity looks like in order to design tools to handle it,” says researcher Courtney Miller, noting that “toxicity is different in open source communities. It is more contextual, entitled, subtle and passive-aggressive.” For example, arrogant comments, demands, and insults arising from technical disagreements were noted by the researchers.

Within organizations, the McKinsey report notes, employee mental health, well-being, and burnout are often regarded as personal issues. Thus, many companies respond by offering resources, such as wellness programs, that focus on resilience or adaptability to help individuals cope with changes and adversity.

However, the report says, “the most powerful drivers of burnout are systemic organizational imbalances across job demands and job resources. So, employers can and should view high rates of burnout as a powerful warning sign that the organization — not the individuals in the workforce — needs to undergo meaningful systematic change.”

Eliminating toxic workplace behavior is not easy, but, again, the alternative is costly: “Companies that put up with jerks not only can have more difficulty recruiting and retaining the best and brightest talent but are also prone to higher client churn, damaged reputations, and diminished investor confidence,” explains Robert Sutton.

In a successful approach, the report says, toxic behavior is flagged, repeat offenders either change or leave, and leaders are aware of the impact of their own behavior.

Should IT leaders plan for the quantum computing era?

9 augustus 2022
Source is ComputerWeekly.com Tata Communications has entered into a partnership with Genesys to enhance its InstaCC platform with digital features to transform enterprise customer...

Internet giants in favour as Ireland tightens rules on datacentres